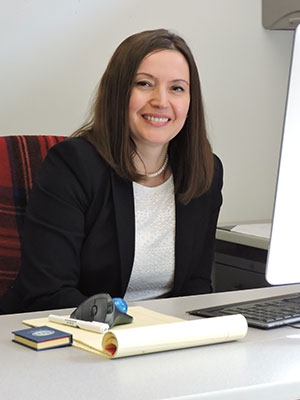 Nediha was born and raised in Bosnia. She left Bosnia as a civil war refugee in 1992. She lived in Croatia and Germany before arriving to the United States in June of 1996. Nediha speaks English, Serbo-Croatian-Bosnian, German, and some Russian.

Nediha received her law degree from the University of Utah, S.J. Quinney College of Law in 2015, and joined our team in May of 2017.

Besides her work, Nediha enjoys skiing and hiking in the Utah mountains with her son Benjamin and husband Aladin. Her definition of ultimate fun is visiting and spending time in national parks. She likes to read and cook and wishes there were more than 24 hours in a day.